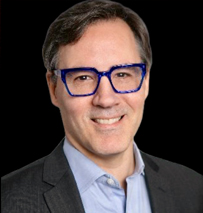 Shane McGaffey, has 20 years of experience in film and editing having graduated from the All-Russian State Institute of Cinematography in Moscow. Shane has extensive expertise in directing, producing, lighting, filming, editing, writing, sound, and mixing for television and commercials. He has also consulted on a wide variety of projects including directing a feature film shown at the New York Festival of Russian Films in 2001. 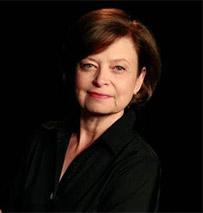 Evelyn Tierney, a native New Yorker and graduate of Pratt Institute has really enjoyed living in Pleasantville for over 30 years. She began her career at B. Altman & Co., in Special Events & Publicity. She moved to advertising and was a Print Styling and Casting Director at Doyle Dane Bernbach, Inc., which later became DDB Needham Worldwide. After the birth of her second daughter she wanted to work closer to home and began freelancing and volunteering her creative and organizational skills to school and community non-profits. After many years of designing and creating backdrops, props and costumes for school plays and fundraisers she and a friend formed S&L Party Designs, providing event planning and décor.

In 2008, with her children entering college, she began working p/t for the Pleasantville Chamber of Commerce providing administrative support and planning its annual events and promotions. She first became aware of PCTV when Station Manager Shane McGaffey filmed the Business Person of the Year event. Having always wanted to work in TV and video production she was very happy when the opportunity was offered to work at the very busy local public access TV station and assist with managing the day-to-day activities and fundraisers.

She’s had the great fortune these last 10 years of working with amazing Board members, many of whom are now close friends and the privilege of working with the hard-working creative and technical genius and Pleasantville’s unsung hero, PCTV Station Manager, Shane M. 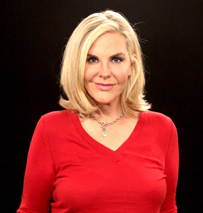 Joanna has always been a people person and an innovative problem solver. This led her to pursue a B.A. and M.A. in Psychology. After some time as a therapist, and realizing it wasn’t her passion, she found her way into real estate. Now Joanna and her sister own and manage several successful multi-family properties.

Inspired by her activist mother, Joanna has served on nonprofit boards for over 3 decades. They have all centered around her passion for human rights, arts education, and community building. Joining the PCTV board has provided an opportunity for her to make a difference in all of those areas in her “new” hometown of Pleasantville, NY.

The fact that she gets to produce “What’s up Pleasantville?” and be a goofball in front of the camera, is an added bonus. You may even catch her on stage at the local community theater Arc Stages, with her adult children, Julia and Will Cowitt, and her pug Hamlet. 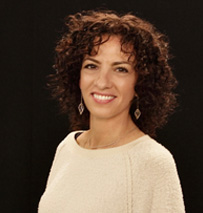 Jackie has lived in Pleasantville for over 20 years. Most of her career has been in the financial services industry, for companies that include Citigroup, Smith Barney, Travelers Group and Dun & Bradstreet. In February 2012, she joined local small business, Kluge Financial Group LLC, as the Director of Client Relations.

Jackie has been an active member of the Pleasantville community for decades, volunteering in all three schools. She’s held the position of treasurer for both Pleasantville Middle School PTA and Pleasantville High School PCO, has organize multiple school fundraisers and chaired a variety of non-financial school events. She earned her BA in Mathematics from Binghamton University, The State University of New York. In her spare time, Jackie likes to read, hike and practice yoga. 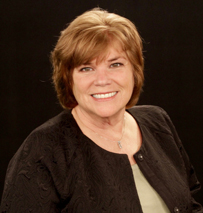 Loretta has lived, worked and played in Pleasantville for thirty years. She is an active member of the community who has spearheaded numerous programs and committees, taught CCD, coached CYO and is a Member of the Pleasantville Chamber of Commerce and is Board Member at PCTV.

Loretta began her career in advertising working at McCann-Erickson and later transitioned into television production and ultimately international tv sales. As her family grew she did not want to travel internationally and became a real estate professional. She has worked at Coldwell Banker in Pleasantville for 25 years. She is an award winning, top producing agent who prides herself on her knowledge of the market and the relationships she has with her clients. 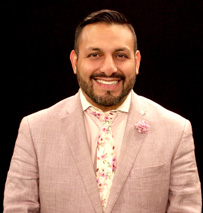 Washington Paul Alvarez, or as known to most as “Paul”, is a resident and business owner of Pleasantville. He is the owner of the Law Office of W. Paul Alvarez, PLLC where he primarily practices immigration law. He is also associated with his family business of Alvarez Cleaning and Alvarez Home Services. The two businesses are family-owned and have served Westchester County for over 21 years. The Alvarez Family, one by one, immigrated to America from Ecuador starting in 1989. They settled into Pleasantville, NY with the plan to live the American Dream. It was then an easy decision for Paul’s parents to start a business in a town where the community accepted them as one of their own.

In 2006, after graduating from SUNY College at Oneonta, Paul became more involved in the branding of his family’s business and the direction of where the business would continue going forward. Through good customer service and marketing, the company flourished. The company also wanted to give back to the community that gave them many opportunities so Paul joined Pleasantville Chamber of Commerce. After a few years of membership, Paul was honored to be asked to be a part of the Executive Board of the Chamber. Since January of 2012, Paul has served as the Vice-President of Chamber. He has participated in many Chamber events that worked in conjunction with Pleasantville Community Television (PCTV). In 2020, after Paul graduated from Pace Law School, he was elected as Village Trustee. Through his role as a Village Trustee, he was appointed the liaison to the PCTV Executive Board.

Paul enjoys the life he has built living in Pleasantville with his wife and two kids. Although he was born in Ecuador, he considers his home to be Pleasantville. His mission is to give back to the place and community that has given so much to him and his family. In his spare time, he loves to play competitive soccer. He also roots for the New York Yankees, Giants and Rangers. 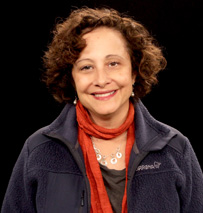 Andrea DeGeorge Garbarini is a community organizer whose accomplishments include being founder of Films on Purpose, a community based film series. She is a second career documentary filmmaker. She produced a film in 2010 “From The Ground Up” with Gage and Gage productions about the accomplishments of a group of 911 families post 911.The film aired on PBS, the OWN network and multiple film festivals. She recently did the 2018 film “From Beacon to the Border ” that followed a group of grandparents who traveled to the Mexican border protesting the separation of migrant children from their families. Her latest film “Flagged” explores the division in the US and the meaning of the American flag to its citizens. 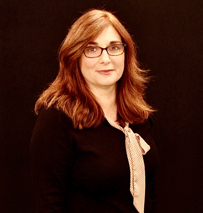 Camille Geier is a 30-year veteran in the visual effects, animation and post-production industry. She has worked on many tentpole films and episodes in LA, NY and Canada. Her long list of visual effects credits includes Starship Troopers, Dexter, Gangs of New York, and most recently The Peripheral on Amazon Prime. She has had the opportunity to work with directors Martin Scorsese, Clint Eastwood, Woody Allen, Paul Thomas Anderson, and many others.

Camille started her career in commercial production in NYC. In 1996 she was recruited by George Lucas’ Industrial Light Magic in San Francisco where is started her film visual effects career. In the last twenty years, she has come back to NY and has been focusing her efforts on episodic, film, and advertising post-production. 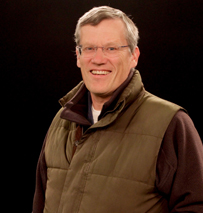 Michael Inglis, a retired science educator, has lived in Pleasantville for 24 years. Prior to teaching he worked in property finance and redevelopment. He is an avid gardener and is writing a book on the Nanny Hagen brook. He co-produces our “Outside in Your Garden” series of videos. 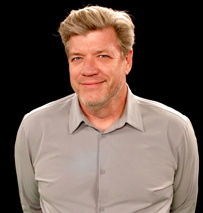 Stuart Macphee has 20 years experience in the film business, serving as the Post Production Supervisor on films ranging from big budget affairs THE SECRET LIFE OF WALTER MITTY and the recently released THE MENU to smaller art house films FOXCATCHER, MANCHESTER BY THE SEA and MOONRISE KINGDOM. His love of film originated with his older brother’s recommendations as a teenager and continues to this day – something he enjoys sharing with his three children. 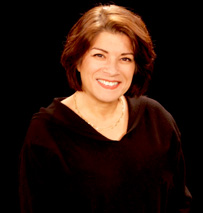 Luz Montez is an Emmy award-winning journalist and television producer. She spent more than two decades at ABC News producing breaking news and news specials for programs like World News Tonight and Good Morning America. At the American Museum of Natural History she originated several popular programs including “One Step Beyond” and “A Night at the Museum” and at Consumer Reports as a senior video producer she created home-related videos for social, online and news broadcasts.

As president of “And Now Media”, Luz oversees a production company that specializes in non-profit video work for clients like the Asia Society, Alibaba and the United Nations.

Luz enjoys working on her home and garden. As an accomplished cook she has been featured in Bon Appetit and the novel “Cooking for Love.” She lives in Pleasantville with her husband and two children. 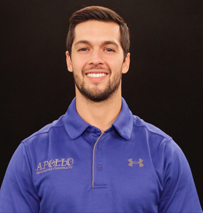 Dr. Brett Poniros is a chiropractor and strength & conditioning specialist, and the owner of Apollo Performance Chiropractic in Pleasantville NY. Aside from sports injury rehabilitation, Brett’s passion lies in studying all things health and longevity related, and looks forward to being able to share his passion with the local community and beyond! Brett’s spare time is largely spent exercising, listening to music, and sampling local coffee shops with his wife and high school sweetheart Catherine. 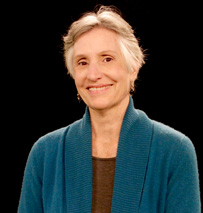 Nancy Rosanoff has produced and hosted over 250 shows for PCTV. Her interview shows, The Listening Place, Lives of Service, and Interfaith, helped set the standard for quality content and set design that continue to guide PCTV productions. Her lifelong career is as a spiritual counselor and she also manages the Marmaduke House, a professional office building in a restored Victorian home in Pleasantville.